The accommodation in Paris

Paris vacation Comments Off on The accommodation in Paris 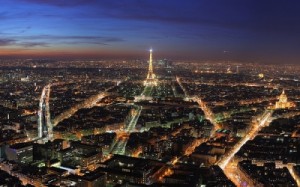 This page describes accommodation in Paris. The city has more accommodation alternatives than no other European city. The hotels diverges from magnificent luxury hotels to simpler alternatives in the perhaps somewhat more charming and older Paris districts.

The hotels have a tendency to cluster. The most stylished districts for hotels is found around Champs-Elysées and less known but still sophisticated hotels are found around the ambassador districts. In the east side, the neighbourhood around Marais hosts a number of attractive small hotels with reasonable prices. The left bank comprises of several smaller hotels, with the bohemian Quartier Latin district as one example and the more artistic district near the Eiffel Tower as another.

The price of hotel rooms are not always less expensive during the low season since bigger events during the year increase the demand and keep prices high. Single room are rare, often pokey and short badly equipped. Watch up for additional costs for beverages, snacks etc from the mini bar which could be expensive. This also pertains to laundry services, phone calls from the hotels and garage parking. The exchange rate is usually also less competitive than the rate offered at banks.

The hotels are categorized and classified by the tourist authorities, into a classical five star system, with one to four stars and the best with four stars deluxe. Some of the simpler stays are non-classified. The star system gives an indication which kind of comfortableness that could be expected, but does not provide any guiding regarding kindness, cleanness or tasteful decoration. Many hotels close down in August. Often the better rated hotels have elevators as well as parking opportunities.

The more traditional French breakfast with croissants, coffee and orange juice etc is changing to more full-scale and comprehensive breakfast. Some of the luxury hotels are very popular breakfast place, meaning it is safer to reserve a space in the breakfast saloon, to not have to eat at the room.